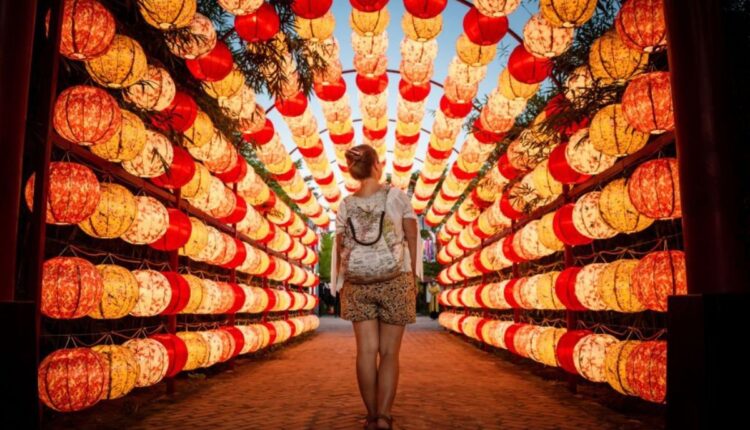 Interestingly Thai and Vietnamese languages share a few similarities although these belong to different languages. Thai comes from the Tai language family, whereas Vietnamese belongs to Mon-Khmer. The Thai language is the language of Thailand. The people of central Thai and Thai Chinese speak it as their first language. Moreover, there are more than 36 million people who speak this language.

The Vietnamese language originated in Vietnam and it is the national and official language of the country. It has 90 million speakers and it is also one of the minority languages in the Czech Republic.

Similarities between both languages

Thai and Vietnamese, both languages are tonal. Vietnamese has six tones whereas there are five for the Thai language. However, the tones are quite different.

These languages are also similar in the terms of vocabulary. The word ‘chicken’ for the Vietnamese is ga and it is gai for the Thai. Also, the same goes for ‘rice’ which is gao in Vietnamese and Khao in the Thai language. The similarities are also often helpful in translation services.

People in both countries are referred to differently depending on their gender, age, and relationship with the one who is talking about them.

It is also interesting to note that both languages have evolved with time. The old variant of the Vietnamese didn’t have many features until it came in contact with the Thai language. In southern China, it happened where Thai and Chinese met, and the result was further filtered down to Vietnamese. This process is ongoing and these languages are in a state of flux continuously.

Biggest differences in the languages

The biggest difference between both languages is the script. When you come across the Thai script and writing it does not even look real at first look. However, people in Vietnamese use Latin script for writing their language. Therefore, Thai translation services are significant for business owners who plan to tap the Thai market and showcase their products there. As they can barely read the Thai language. However, it is imperative to take care of the important steps during the process of globalization.

Similarities between Thai and Vietnamese cuisines

The common ingredients which are used by both chefs include rice, noodles, chili, soy sauce, fish sauce, peanuts, and ginger. Also, it is worth mentioning that cooking Thai food is more complicated because of the complex ingredients and base. Thai dishes also use coconut milk as their main ingredient.

When it comes to the cooking method, both countries prefer to stir fry and deep fry food. The people in Vietnamese though boil and stream more.

It is also important to note that Vietnamese cuisine has a great influence on French cuisine. As per the people who have tasted both cuisines Vietnamese food is preferable for some who are into Chinese food and Thai cuisine is more similar to Indian cuisine.

A few of the popular Thai dishes are

These are popular dishes in Vietnamese

If you are a traveler and plan to visit both countries and have never been to south Asia earlier, it is better to get your stomach acclimatized with the Asian food and taste. Also, it is important to hire Vietnamese translation services to make your visit more worthwhile. It can help with sign boards, menus, ingredients, and a lot more. Because street food could be tempting at first, particularly in Thailand however it is important to take care of the hygiene and surrounding too. You can also hire professional Thai translation services to get more familiar with the customs and traditions in order to avoid the hassle.

The comparison of both cultures is going to be complex. As it is tough to reduce the cultures to a few aspects which are similar or dissimilar.

However, people in both countries are less aggressive and more respectful as compared to people in western countries. The men and women in these countries are shy when it comes to communicating with strangers or foreigners.

Talking about politics, there are different practices in both countries. It is better to avoid political debate in Vietnam. People in Thailand however, are very much into political discussions. It is better to not drag the royal family into the conversation though. If you want to know about the political situation and are also interested to conduct a comparative study you might need Thai and professional Vietnamese translation services to understand things better.

People in Vietnam are more optimistic about their future whereas there is much despair in Thailand. This factor could vary due to countries’ economic and political situations. This could be either due to the fact that Thailand got westernized much earlier. People in the country portray a sense of nihilism and cynicism. On the other hand, people in Vietnam seem more content with their choices. As a foreigner, if you want to indulge in cultural studies, professional translation agency can help you.

Thai and Vietnam share a lot of similarities in terms of language, food, and culture. Although both languages come from different families, however many words are the same with little or no changes. Also, the food choices for both countries are similar with the same ingredients mostly.

Imginn APP Review What is the function of Imginn?

How Addressing Certain Questions is Inevitable for Marketing Translation?

Loranocarter+Sofia-Capital: Is A Best Tourist Guide?